In the heart of Granada’s old town and a few minutes walk from Alhambra. The Hotel Casa 1800 Granada is an old Granada house where the Lords of Cañaveral, Counts of Benalúa, settled. Built in the last third of the 16th century on the outline of an important Arab house. Being a protected historic building, originally preserved facade with Renaissance- style murals and charm of a building with a unique design, which makes all the rooms to be different. Hotel Casa 1800 Granada has 25 rooms, divided into six different categories, which preserve the original 19th-century balconies, woodwork, shutters, coffered ceilings, domes, frescoes and walls. All of them have been decorated with attention to detail and feature handmade furniture made of hardwoods, crisp Cairo cotton sheets, marble bathrooms and full amenities.

25 minutes to Seville Airport. 5 minutes to nearest Town/Shopping. Close to Giralda and heart of city.

Due to the fluctuation of world currencies, prices for all of our services will be quoted upon request. This policy enables us to provide you, the traveler, with the most competitive quotes consistent with actual currency exchange. We invite you to browse through our website to select the travel style that meets your needs, our travel planners are only a call/email away ready to provide any assistance in designing your itinerary.

Explore other accommodations in Granada 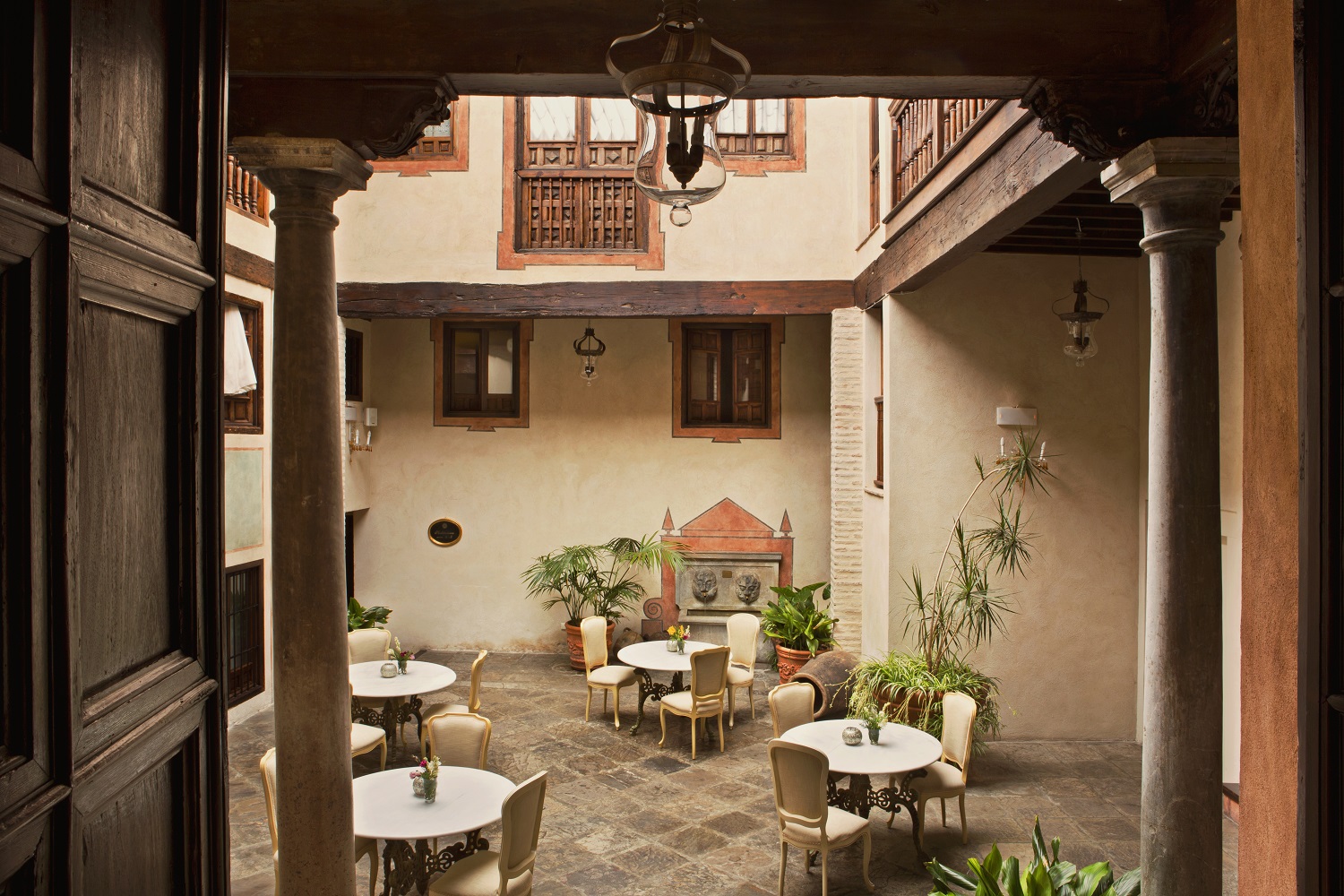